Sungmo Lee is a Korean national and brings in over 26 years of experience from the ultrasound industry, backed by a Masters Degree in Electrical Engineering. He started his work in this field as the project leader to develop the first Doppler system for Medison in 1989 and then became the head of Medison’s overseas business unit, which integrated sales, marketing and service departments. From 2000 until 2010, he held the position of CEO at the French company Kontron Medical, Medison France and for the Austrian company Kretztechnik, where he was working on  3D technology. In 2011 he returned back to Korea and started working for Samsung-Medison, where he was responsible for product planning and marketing. In February 2016 he joined eZono® AG as CEO. 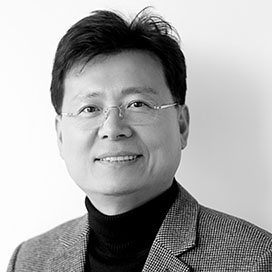 Eliseo runs the research and development activities at eZono®. The first prototype of the system was assembled under his leadership within 24 months. Further Eliseo coordinated the complete hardware platform. Eliseo joined eZono® in fall 2004 and was instrumental in jumpstarting the company. Prior to eZono®, Eliseo worked in Intel’s research & development department in Ireland. There he was responsible for microprocessors and chipsets. Before that, he worked for Agere Systems (USA), Lucent Technologies (Spain) and AT&T also on the semiconductors business. Eliseo holds a Masters degree in telecom hardware engineering and is a Spanish national. 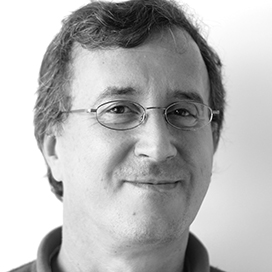